In 1994, Chris established his first law firm in South Africa and in January, 2007, sold his practice as he was planning to immigrate to Australia. His fifteen years legal experience in South Africa can be briefly summarised as follows:

In 2001, Chris established his real estate company, which operated out of two major cities in South Africa. Together with his spouse, as co-principal director, they supervised and trained, at any given time, an average of twenty real estate agents.

In 2009/2010, Chris continued his legal studies through Deakin University (Australia) and bridged his South African LLB degree to meet with the Australian legal requirements. In December, 2010, he was admitted to practice as an Australian Legal Practitioner in the Supreme Court of Victoria.

Chris in 2012 founded the law firm ‘First Legal & Migration Services Pty Ltd’ and was registered as a migration agent by the Office of the Migration Agents Registration Authority.

Yiota has over ten years experience as a legal assistant and also operated a successful real estate company as principal from 2001 to 2007, which operated out of two major cities in South Africa. Yiota is currently in charge of office management and conveyancing at First Legal & Migration Services and is also an experienced real estate agent. 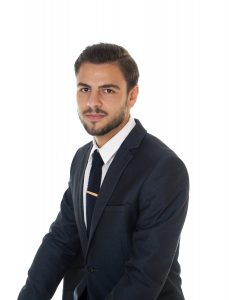 Contact us for more information or to arrange an appointment

First Legal & Migration Services is a fully registered migration agency, as appointed by the Office of the MARA. We can assist you with your any Temporary/Permanent Australian Visa application.

We guarantee you a flat rate fee – no hidden costs.